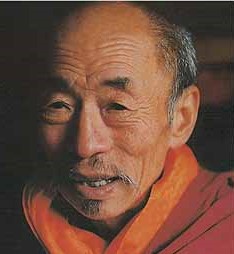 Dhardo Rinpoche (1917-1990) had a great impact on me, although I barely saw him. He was one of the main teachers of Sangharakshita, and said that he regarded all members of the Western Buddhist Order as his personal students. In his later years he was based in Kalimpong in Northern India, where he opened a school for Tibetan refugee children. There is a biography of him – The Wheel and the Diamond. I corresponded with him, and visited him in Kalimpong in 1990, during his final illness. You can read here the article that I contributed to a book about him, in which I describe that visit.